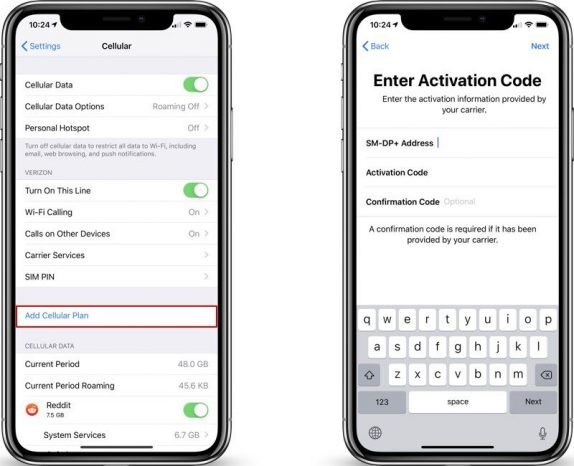 Apple iOS 12.1 Beta has introduced the support for eSIM that lets you activate a cellular plan from your carrier without the need for a physical SIM. This eSIM on the iPhone XS, XS Max, and XR, the eSIM pairs with the included nano-SIM to enable dual-SIM functionality. 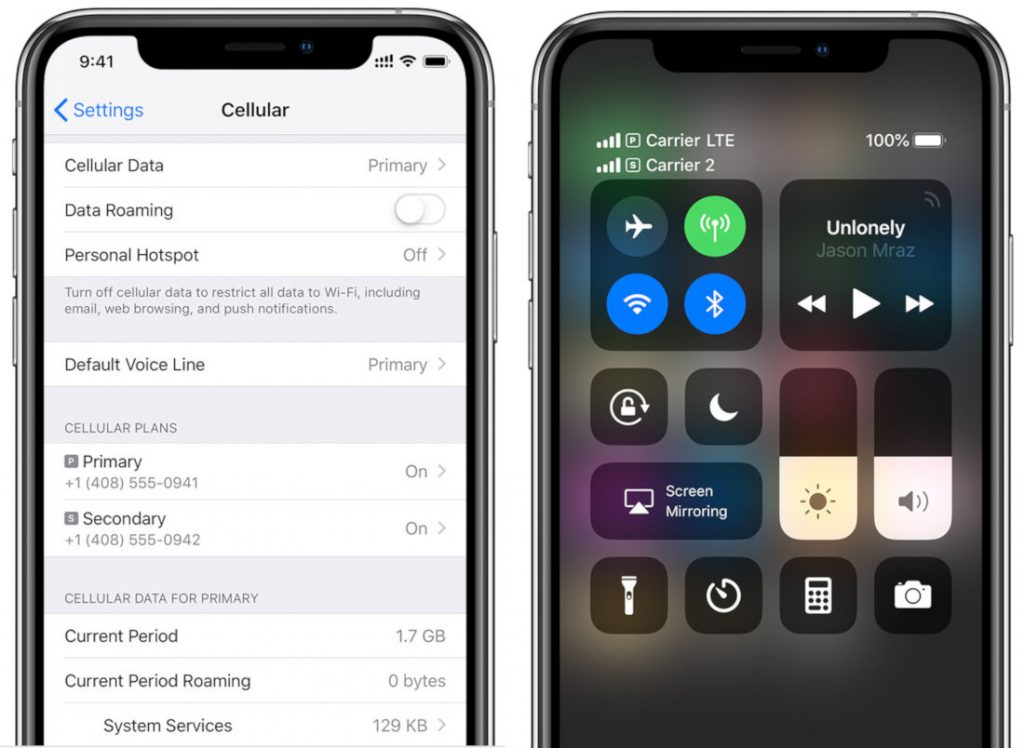 Apple at the launch announced that it will roll out the support for eSIM via a software update and this appears to the iOS 12.1. The eSIM settings are available in the Cellular section of the Settings app and choosing “Add Cellular Plan,” which is the method used to add another cellular provider via the eSIM.

The contact app in the iOS 12.1 lists all the contacts by “default [P] Primary” which lets you change the default phone number that you use often to contact each person if you have multiple phone numbers. Carriers need to implement the eSIM feature before it will work, and Apple offers a list of carriers that plan to offer the eSIM. In the USA, AT&T, T-Mobile, and Verizon are planning to offer the eSIM support.

However, the feature might not be rolled out until the public release of iOS 12.1. Either way, this dual SIM support through eSIM is useful for people who use two cellular plans at once. Apple outlines on its website that both numbers used with a dual-SIM iPhone can make and receive voice calls and SMS/MMS messages, but can only use one cellular data network at a time.

The iOS 12.1 update also includes support for Group FaceTime for up to 32 people, a new real-time Depth Control slider that can be used when taking Portrait Mode photos, and, with watchOS 5.1, new color watch face options in the Apple Watch app.