Instagram said to be testing a new feature where it is planning to group student users by the college community. This move of Instagram brings the photo-sharing platform a step closer to the flagship Facebook app. Instagram is prompting users to join a college community and “connect with other students.

>Once you were opt-in, it lets users add university and graduating year, and then it grants access to class-based lists of other students who’ve opted into the community. You can direct message or watch a user’s public Story directly from the community lists. Looking closely shows that Instagram is mimicking a lot of Snapchat to attract young users including Stories. 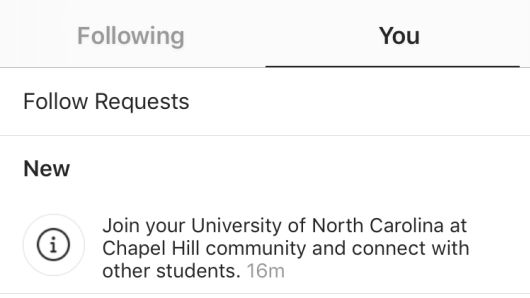 Instagram verifies a student using information people have publicly shared about their university, the accounts they follow and other connections they have. Since the feature is currently in testing, it seems to be allowing anyone to join as a student despite not being one.