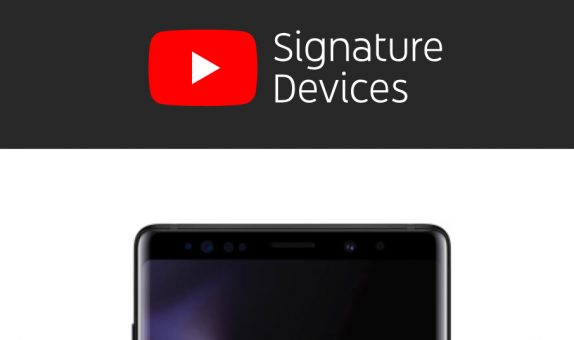 At the Samsung event yesterday, Samsung mentioned that the new Galaxy Note 9 phablet is a “YouTube Signature Device” for 2019. This is YouTube’s brand new initiative that suggests the best phones that offer superior YouTube watching experience. The company calls it “signature devices,” for watching YouTube.

At the launch of the program, there are a total of 18 phones including

Surprisingly, the list doesn’t include iPhones, not even the iPhone X which packs AMOLED display, bezel-less design. Then again, Apple also doesn’t support the VP9 video codec, which Google developed. It needs to see how much impact this certification will have on consumers next purchase, but it sure offers insights.