Google has announced its new AI algorithm that can detect heart diseases by retina scanning. Scientists from Google and its subsidiary health tech Verily claim that by deep scanning of a patient’s eye, the newly developed AI software is capable of accurately detecting data including age, blood pressure, and whether or not they smoke and more.

Furthermore, this can also detect the risk of a person suffering a major cardiac event with roughly more or less the same accuracy as current leading methods. the algorithm is said to make it simple for doctors to analyze a patient’s cardiovascular risk since it doesn’t require a blood test. However, even before this software is implemented, it needs to be tested for accuracy and perfected. 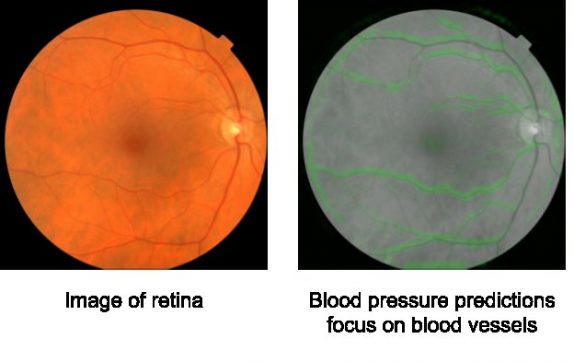 Google says that using the deep learning algorithms trained on data from over 284,335 patients, it was able to predict CV risk factors from retinal images which also included eye scans as well as general medical data.The company claims that the algorithm was able to distinguish the retinal images of a smoker from that of a non-smoker 71% of the time. Neural networks were used to mine this information for patterns, learning to associate telltale signs in the eye scans with the metrics needed to predict cardiovascular risk.

When given with the retinal image of one patient who has experienced a major CV event in the following 5 years and an image of another patient who did not, the algorithm was able to detect the patient who had the CV event 70% of the time. Google says that it has opened the “black box” by using attention techniques to access how the algorithm was making its prediction. These allow generating a heat map that indicates which pixels were the most important for a predicting a specific CV risk factor. AI doctor diagnosing is a distant prospect, but with Google’s new discoveries it feels it isn’t far-fetched.