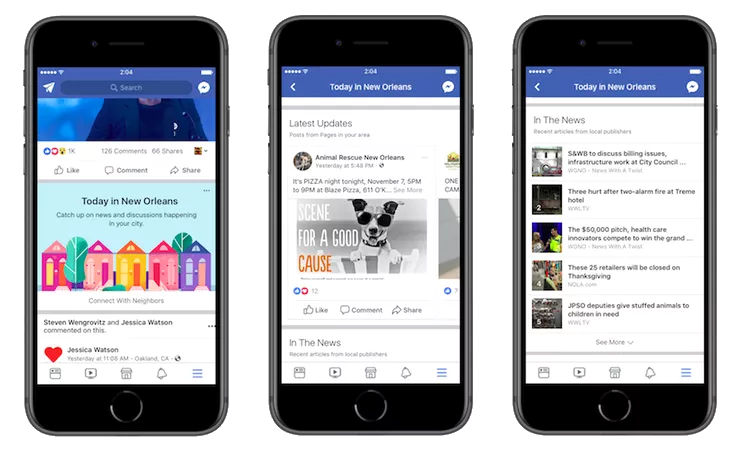 Facebook wants to make it easier for us to stay updated with local news and events dubbed ‘Today In’. Testing of the feature is running in just six cities for now: New Orleans, La.; Little Rock, Ark.; Billings, Mont.; Peoria, Ill.; Olympia, Wash.; and Binghamton, N.Y.

Furthermore, the company says that it is all part of Facebook’s Journalism Project initiative which Facebook launched shortly after last year’s U.S. presidential election. The company has already launched few other news-related features last year including breaking news label and a label identifying stories disputed by outside fact-checkers.

Though the news section will bring in more traffic for publishers, it doesn’t bring any revenue at least during the time of launch. Even the getting traffic is questionable since it is dependent on how often Facebook users use the feature. Facebook will eventually roll this out to more cities. The company back in November relaunched the events app as ‘Facebook Local’ for iOS and Android.