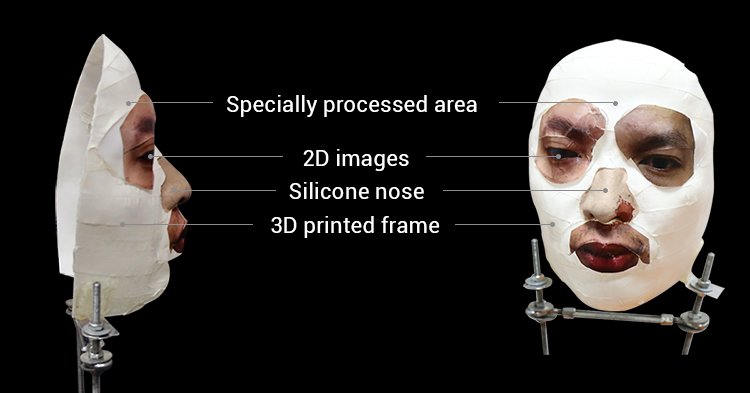 The Apple iPhone X features a unique feature that the company has raved about at the time of the launch. We are talking about the face ID feature which according to Apple is the strongest security feature and even said that Hollywood-quality masks couldn’t fool it. While the company’s claims may be valid on some grounds, a security firm; Bkav claims that they have bypassed the iPhone X face ID.

The team at Bkav rather than trying for a realistic mask has built a mask that was able to trick the iPhone X face ID feature. The firm says that they have used a popular 3D printer, nose, and skin was made by a handmade artist and used 2D printing for other parts like eyes and costs of about $150. Bkav says that the Face ID is not an effective security measure.

When asked why their hack worked, the company says that it is well aware of how to trick Apple’s AI and in 2008, they were the first to show that face recognition was not an effective security measure for laptops. When asked if the dimensions of the person are needed, they said that phone shall recognize you even when you cover half of your face.

End of the day the question here is should the iPhone X users need to worry, well, general users and buyers won’t be the target for such a hack that costs close to Rs. 10,000, the ultimate targets would be billionaires, leaders of major corporations, national leaders, movie celebrities, etc. Bkav further says that for biometric security, fingerprint sensor is the best.  Bkav has started the project on November 5th as soon as they received the iPhone X and has posted the results in just five days.

The mask is crafted by combining 3D printing with makeup and 2D images, besides some special processing on the cheeks and around the face, where there are large skin areas, to fool AI of Face ID.