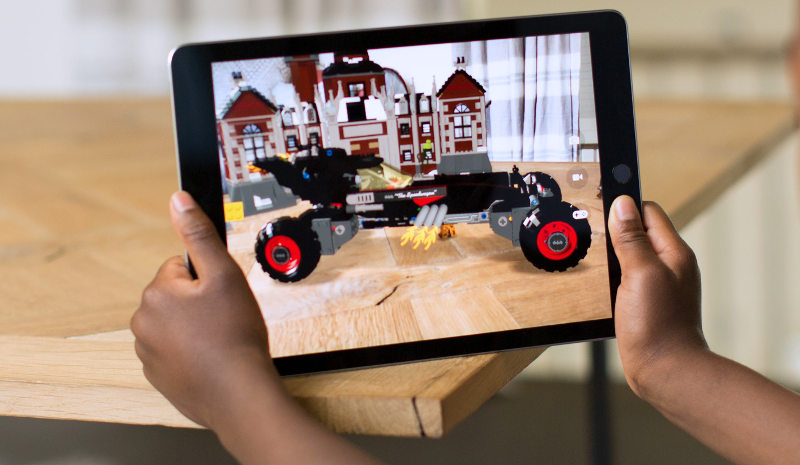 Apple is aiming to ramp up the technology for AR headset which it sees a breakthrough product for iPhones success by 2019 and could ship a product by 2020, according to a new Bloomberg report. Unlike current VR headsets, Apple AR headset technology is said to have its own display, processor and operating system.

The current generation VR headsets use the smartphone as engine and screen to display 360-degree and virtual content, but Apple’s AR technology will have its own display, a new chip, and operating system according to the sources of Bloomberg familiar with the matter. Apple introduced the AR technology back at the WWDC 2017 along with iOS 11 operating system.

Since the launch of AR, developers have started launching AR based apps and build AR models of the current apps. Augmented reality overlays objects, images, and more in the real world and the possibilities with AR are endless.

We’re already seeing things that will transform the way you work, play, connect and learn. Put simply, we believe AR is going to change the way we use technology forever.

Apple has already brought together a team dedicated to AR related projects a couple of years ago which is Led by Mike Rockwell, who previously ran engineering at Dolby Labs. The AR group is no expanded to several hundred engineers across Apple, and are currently working on hardware and software projects under the umbrella code name of “T288.” and the first product to launch from the team was ARKit.

The next project to come out will be the AR headset that will have a dedicated display. Cook acknowledged most of it in a recent interview with The Independent saying “Anything you would see on the market anytime soon would not be something any of us would be satisfied with.”

As with most Apple products, the company isn’t waiting for firms to develop a chip that is capable of powering its AR headset, as the company is developing one in-house that’s similar to the “system-on-a-package” component in the Apple Watch which can fit in more components, graphics processors, AI chip, CPU in such small space.

The new operating system for AR headset is internally dubbed as rOS for reality operating system is based on iOS. However, Apple hasn’t finalized on how the AR headset is controlled, launch apps, Siri voice activation and more. But with ample time in hand, Engineers are testing on various possibilities of the same and might have its own version of the App Store.