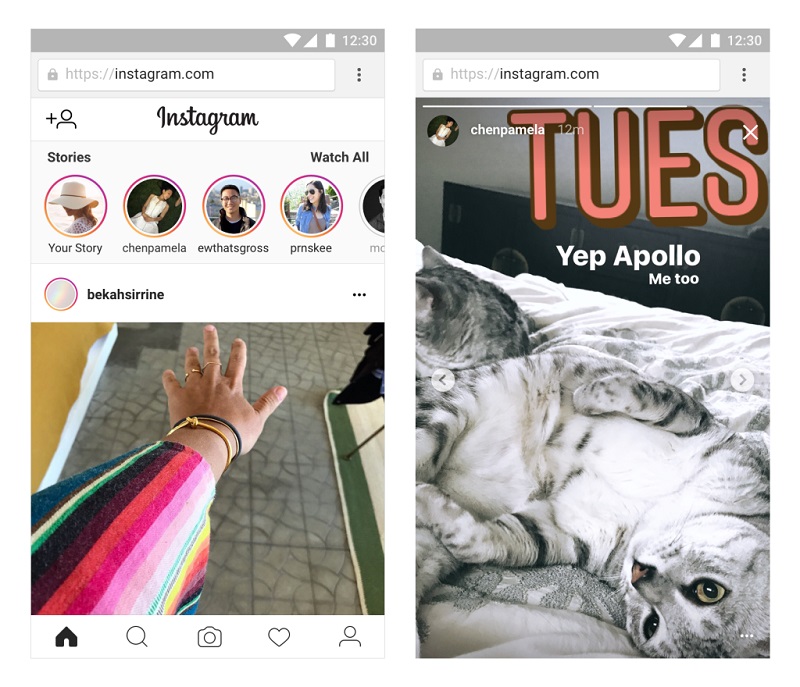 Instagram seems to have been testing two new features; the Stop-motion camera and redesigned mid-feed stories preview. The company just rolled out the Superzoom camera that let’s create a Dramatic Chipmunk-style zoom with a single tap.

The Stop-motion camera lets you click a long series of photos which Instagram stitches them and turns them into Gif that you can post in your story. However, there is no option to edit a single image from the series of photos. Once you are done snapping photos, you just hit “done” later which you get access to tools like stickers, text before you finally post the gif to your story.

This feature is currently being tested, and there is no guarantee that it will see the light in the day, so if the tool turns on popular inside the test group, it might get released soon.

Another interesting feature which was spotted by TechCrunch over the weekend is the redesigned mid-feed stories preview feature. The company has confirmed the news to TechCrunch saying that it has redesigned the re-engagement box for Stories to show preview tiles of stories from the people you follow. These stories preview titles are found in between the permanent posts and are twice as big as the Stories bar atop the feed.

Instagram also clarifies that it has no intentions to replace the smaller Stories bar above the feed with the larger design. The interrupting the feed with mid-feed stories previews indicates how important the stories feature for Instagram.

We recently updated the design of the stories bar that you see while scrolling through feed. This update makes it easier to preview the stories from the people and accounts you care about.