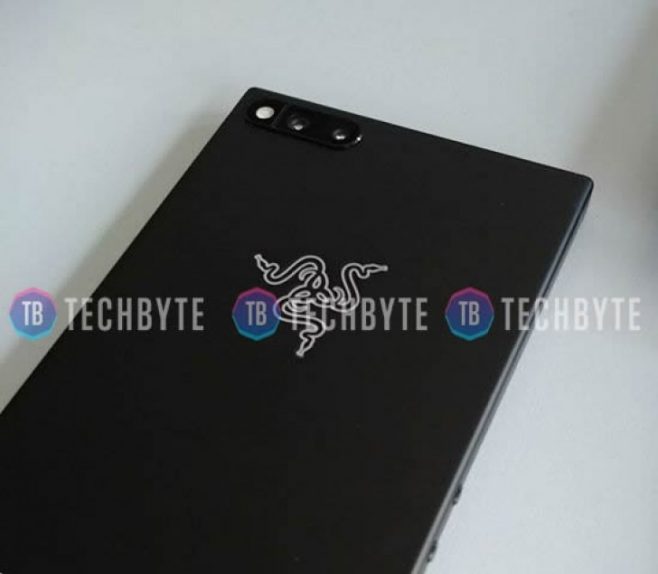 It is a known fact by now that Razer has planned its ‘biggest unveiling’ event on November 1st. Going by the teaser image which the company teased, it looked like Razer might be launching they’re first ever smartphone at the event. Much to our expectations, it looks like it indeed is a  smartphone that is coming as the device is now being spotted online.

Though Razer; a US-based company is known for their gaming hardware, it has a Razer Edge Pro gaming tablet up its sleeve, and now with an Android phone, the company seems to be expanding their portfolio. The specifications of the Razer phone were leaked a couple of days ago, and now an obscure source has leaked the image of phone online. While the authenticity of the image is not known as of now, but the unnamed insider source who is working in the gaming industry has claimed to have acquired the unannounced Razer phones for testing purposes. Given the fact that the phone’s USP will mostly be gaming, it does sound quite reasonable.

The GFx Benchmark listing says that the device is expected to sport a 5.7-inches 16:9 Quad HD (1440×2560 pixels) display and powered by the Qualcomm Snapdragon 835 SoC coupled with 8GB RAM and 64GB storage. It will be running on Android OS, but the version is unknown. It gets a 12MP rear camera with LED flash and an 8-megapixel front-facing camera. As Razer has acquired Nextbit, we can certainly expect some of the design aspects from the Robin. Going by the leaked specs, the phone will be aiming the high-end market.

This is all the information that is there on the new Razer phone, but we can expect more leaks to follow as we inch closer to the launch next month.