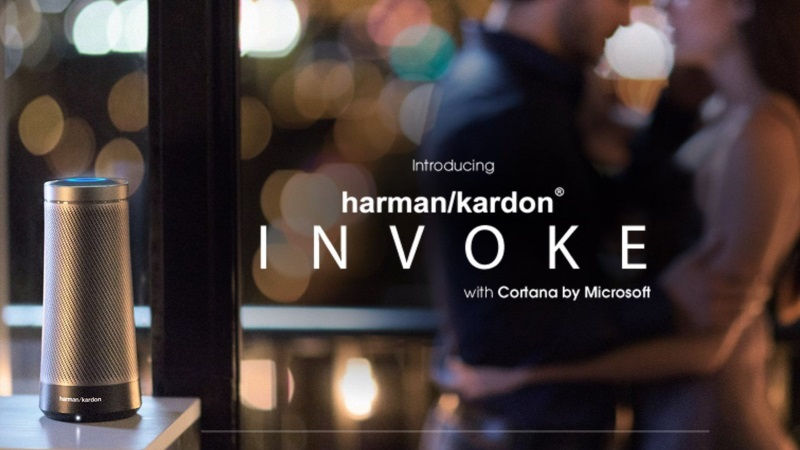 Harman Kardon has officially taken wraps off its Cortana powered speaker dubbed as Invoke. The popular audio company had teased the speaker back in December. The Invoke speaker competes directly with the likes of Google Home and Amazon Echo.

Invoke takes design cues from Amazon Echo and sports a cylindrical design with 360-degrees of speakers. It has a metal design and looks like it will be available in two colors: black and silver.  Similar to other smart speakers, Invoke alerts users about their upcoming meetings or other plans, allow regular voice calls or Skype calls and get answers to general queries and more from Cortana.

The details of the Invoke speaker were initially available on the website but were pulled down later. Harman Kardon is launching its Invoke speaker in the fall, and Microsoft is expected to reveal more about Cortana and third-party apps and services at its Build developers conference later this week.

Harman Kardon has so far not revealed the price and availability details of the device. For now, interested users can register to know more about the smart speaker from the harmankardon.com/invoke website.