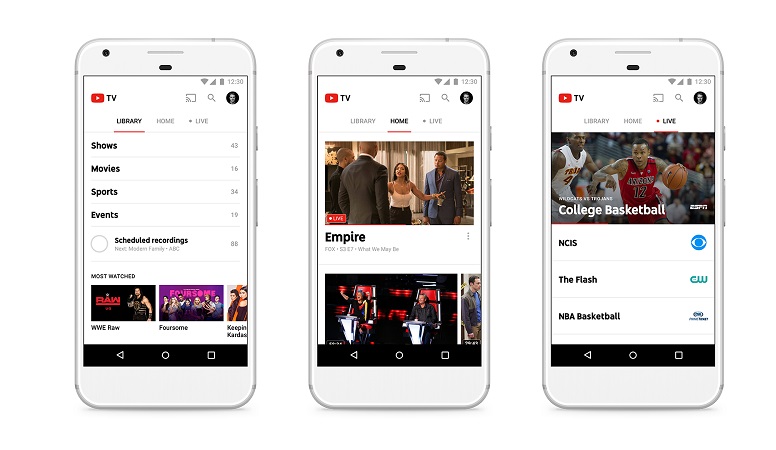 YouTube is finally foraying into the entertainment streaming business. The Google owned company has announced YouTube TV live streaming service that will bundle content from networks and about 35 of other cable networks for $35 per month.

Some of the networks that are included are ABC, CBS, NBC, FOX, USA, FX, FreeForm, Disney, ESPN, Fox Sports 1, NBC Sports Network, MSNBC, CNBC, Fox News, National Geographic and Fox Business. The YouTube TV streaming service will be in a form on standalone app that will go live later this year. The service will allow users to record live TV as the cloud DVR can record content that will store each of your recordings for nine months. You can watch YouTube TV on your mobile devices and even stream to your TV with a Google Chromecast or Chromecast built-in TV. YouTube TV works on both Android and iOS. 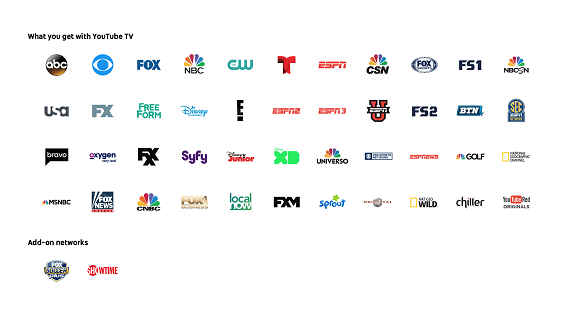 The YouTube TV membership comes with six accounts, each with its own unique recommendations and personal DVR with no storage limits. You can watch up to three concurrent streams at a time.YouTube TV service will come to the U.S. soon and expand to more countries eventually.