Facebook started testing the live video feature on their iPhone app last month. Now the social network has announced that it is expanding the feature to all iPhone users. In order to share a live video, you will have to tap on Update Status and then select the Live Video icon. 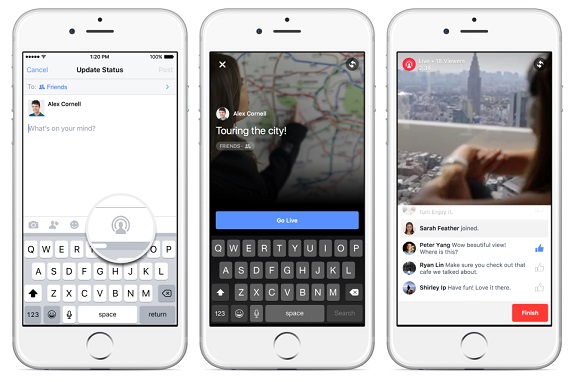 You can also write a quick description and choose the audience that you want to share with before going live. This new feature is Facebook’s answer for Twitter’s Periscope. At the time of your broadcast on Facebook, you will see the number of live viewers, the names of friends who are tuning in and a real-time stream of comments. Once you are done with the broadcast, it will be saved on your Timeline like any other video.

Facebook also said that you can discover live videos from your friends and public figures you follow right in News Feed. While watching a live video, you can tap the Subscribe button to get notified the next time the broadcaster goes live. The live video streaming feature is rolling out to all iPhone users in the US and said it is working on bringing the feature on Android soon.