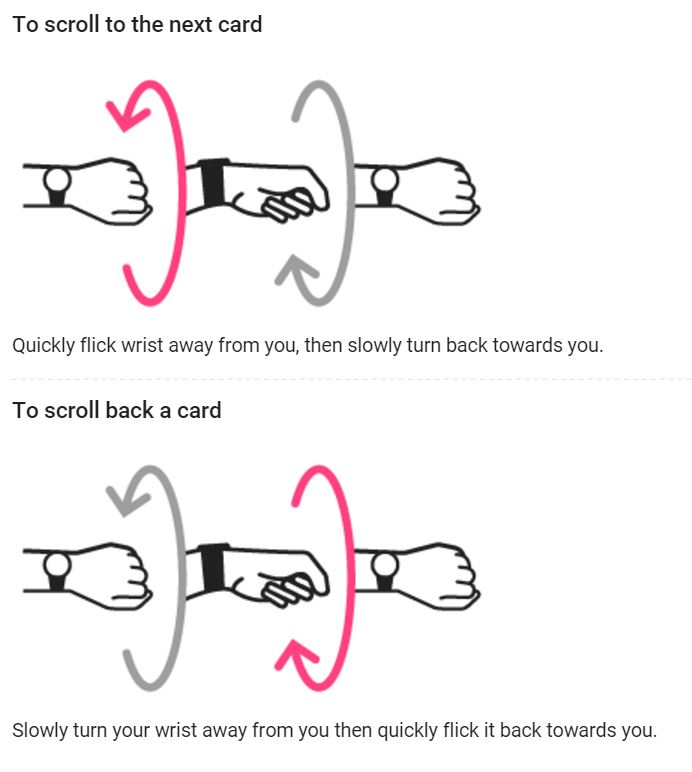 Google has released an update to Android Wear which brings the version to 1.4. One of the main additions is the ability to control your smartwatch using wrist gestures.

This addition will make it quite easy for users to navigate and control their smartwatch even without touching the display. They wouldn’t need the help of their non-wearing watch hand either if they just want to flick through a few cards for example.

As you can see in the picture above, all the user has to do is flick their wrist up or down in order to navigate through the cards. That isn’t the only gesture that is supported though as there are quite a few others as well which can be seen at the source link below. 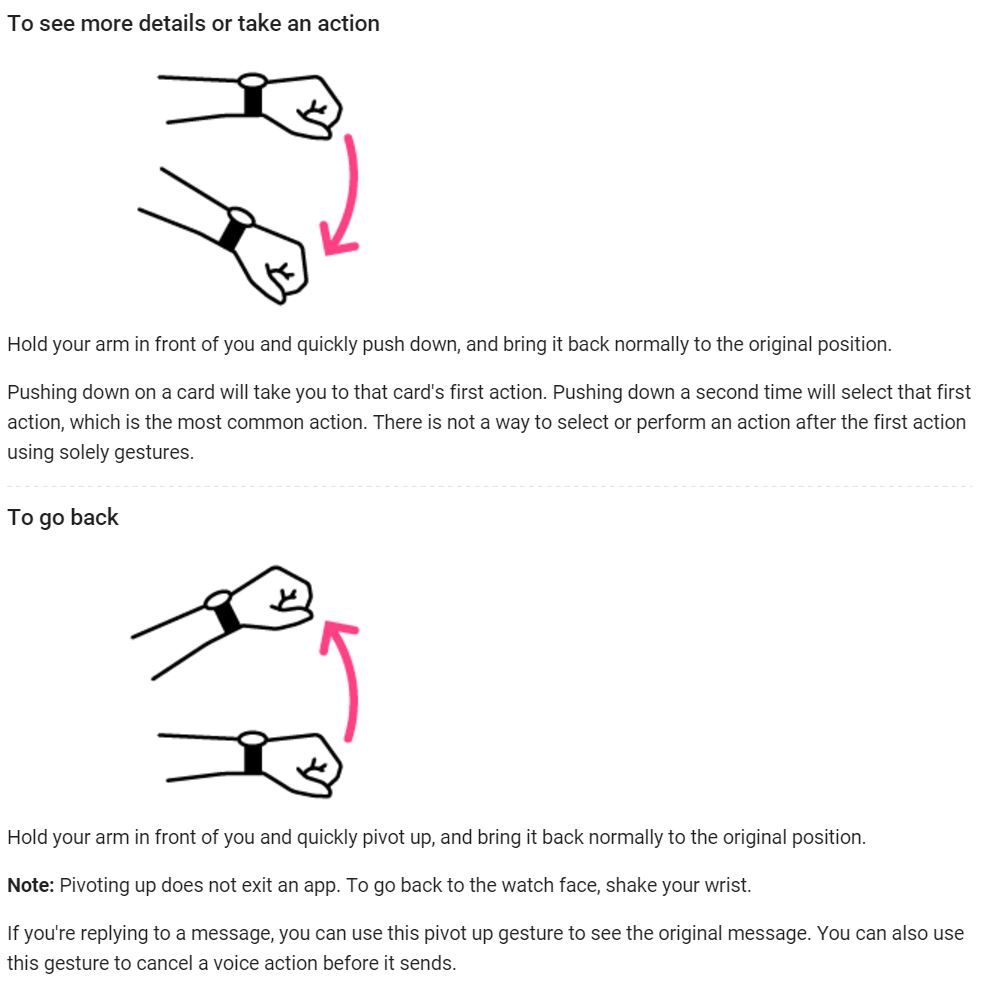 In order to use wrist gestures, the user must first activate it within the settings after which he/she will be able to use it. Google also states that using wrist gestures will decrease battery life slightly which is sort of expected but how much exactly reduces is something that will depend on your use and the watch itself. So while this is certainly a cool feature to have, we do recommend turning it on only if you are sure that you need to use it considering that smartwatches don’t really have great battery lives as it is.