Nvidia has launched a new module that is dubbed as Jetson TX1 in a bid to bring Artificial Intelligence to new generation of autonomous robots and drones. 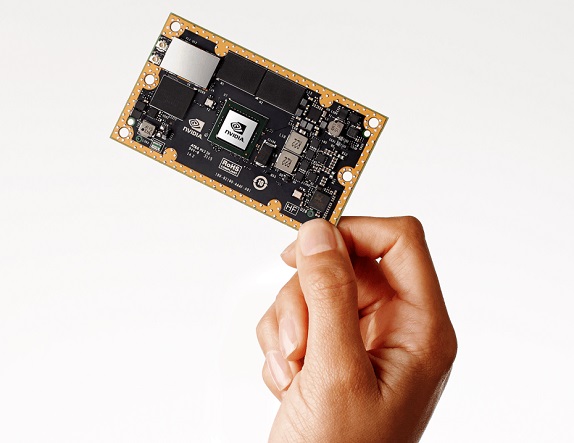 The Jetson TX1 is an ARM-based development board powered by the top-end Tegra X1 SoC. It is the first embedded computer designed to process deep neural networks — computer software that can learn to recognize objects or interpret information. This new approach to program computers is called machine learning and can be used to perform complex tasks such as recognizing images, processing conversational speech or analyzing a room full of furniture and finding a path to navigate across it.

“Jetson TX1 will enable a new generation of incredibly capable autonomous devices. They will navigate on their own, recognize objects and faces, and become increasingly intelligent through machine learning. It will enable developers to create industry-changing products.”

Key features of Jetson TX1 include:

The Jetson TX1 board supports the Linux For Tegra and popular ROS (Robot Operating System), which is widely used in robots. As it also supports Linux, it is possible to use the board as a Linux gaming PC. It must be noted that the board does not support Android. The TX1 developer kit will be available for preorder on November 12 and will ship on November 16. The retail price is $599 with educators while it is priced at $299 for students. The stand-alone module will be $299 and will ship in the first quarter of 2016.