Google’s standalone email app Inbox is now open to everyone, the company announced at I/O conference. The email app that was released in October last year, was until now available as invite only. 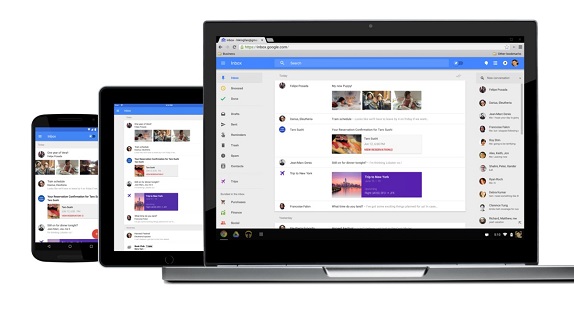 Prior, to this user could not download the Inbox app without an invite. The Inbox app is getting a couple of new features like better reminders, deep linking and support for Google Keep. Inbox is adding Trip Bundles to the app which bundles together all of your emails about a trip the most important details like flight times and hotel reservation numbers.

In addition, Inbox is adding a undo button that brings back message “right after sending”. Also users can make swiping as a default action for delete and finally a sent message can be personalized by adding a custom signature. Reminders created in Keep will now appear in Inbox, and the app will suggest adding Reminders for any to-dos received by email. Google revealed that there are more than 900 million active monthly Gmail users, with 75 percent of these using Google’s Gmail mobile app.