We know that Samsung is working on a low end smartphone that is powered by Tizen OS. The company is planning to launch this phone in India by end of this year. A new report from SamMobile has got some info and photo of the upcoming smartphone.

For starters, the report states that the Tizen OS powered smartphone has a model number SM-Z130H is codenamed as Kiran. As per the report, the SM-Z130H runs Tizen 2.3 OS, and its user interface (UI) resembles Samsung’s upgraded TouchWiz interface. SamMobile also confirmed that the a couple of features already available on Samsung’s Android phones, like Ultra Power Saving mode, and Private Mode come pre-loaded on the device along with several popular app like Facebook, Twitter and Google. 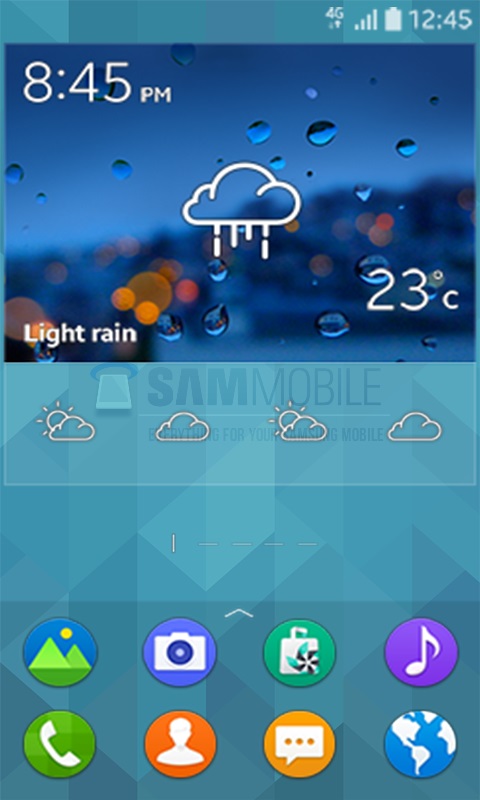 In terms of specs the Kiran smartphone will sport a a WVGA (800×480) TFT LCD display panel and will be powered by a dual-core Spreadtrum SC7727S CPU with a clock speed of 1.2GHz, ARM Mali-400 GPU clocked at 460.8MHz. A 512MB RAM  along with3.2 megapixel main camera sensor with an LED flash, and a 0.3 megapixel front facing camera will also be present on the phone.

While the connectivity options on the phone include Bluetooth 4.0, A-GPS, GLONASS, GPS, Wi-Fi 802.11n, Wi-Fi Direct and a microUSB 2.0 port. The phone will also have  dual-SIM support and FM which are two important features for consumers in emerging market. Samsung will project the Kiran Tizen smartphone in India against Google’s Android one smartphones.
via