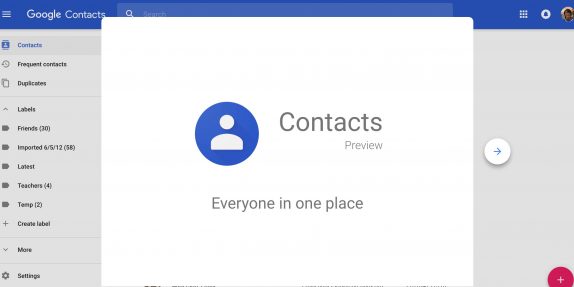 Google recently replaced old Google Contacts app with a new version that has a material design. The company launched new contacts in 2015 to provide a modern, smart, and quick contact management experience. With the recent launch of new contacts, it now has many comparable features from old Contacts and more.

This is why Google announced to replace the older version, and it will be the only Google Contacts version after February 12, 2019. The replacement process will take place in three stages; 1: New admin-controlled defaults and user options. On November 28, 2018, Google will change the Admin console setting that controls new Contacts. If you currently have new Contacts preview enabled, new Contacts will be the default and there will be no change for your users.