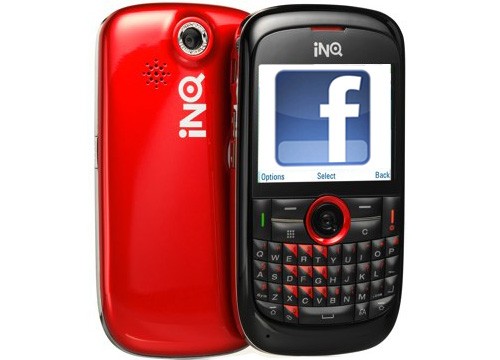 Rumors are on the street that Facebook is currently working on a phone. The original source of the rumor is TechCrunch. Facebook spokesperson told Mashable that the rumor is not accurate and we are not working on any phone. Is he trying to hide something? May be yes, because when Mark Zuckerberg sat down with Techcrunch, then Micheal Arrington talked to him about the Facebook phone, on which he said:

On phones we can actually do something better. We can do a single sign-on if we do a good integration with a phone, rather than just doing something where you go to an app and it’s automatically social or having to sign into each app individually. Those are the two options on the web. Why not for mobile? Just make it so that you log into your phone once, and then everything that you do on your phone is social.

If Facebook is not working on any phone, then Zuckerberg can clearly say “No”, but he didn’t. I think Mark is also hiding something, and he don’t want to reveal it now because he is waiting for the right time. Bloomberg is also reporting that Facebook is working with INQ on two handsets, which will be powered by Android, and will be exclusive to AT&T. Is Facebook trying to make another KIN-type phone? There are millions of Facebook users and fans in the world, who love spending most of their time on Facebook. So I am sure that Facebook phone will not be a fail like the KIN. What do you guys think about a Facebook phone?