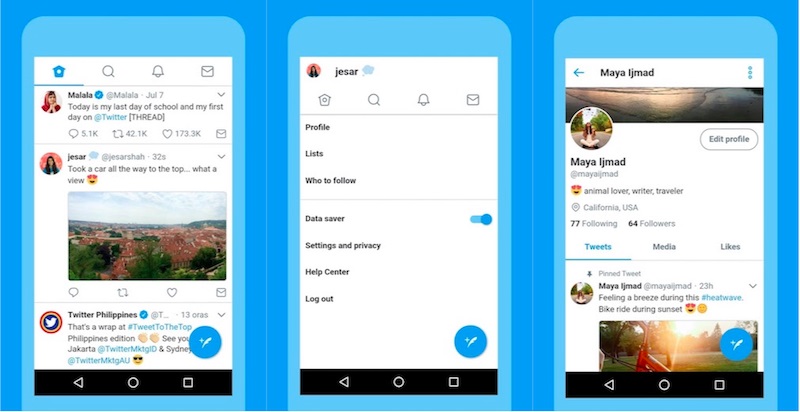 The Twitter Lite app is currently being tested in Philippines. It is designed to work in countries with poor or limited internet connectivity. The app is an experiment and it is not certain if it will test the app in other markets. It is compatible with devices running Android 5.0 and up, has language support both for English and Filipino and is usable on 2G and 3G networks. The Twitter Lite app weighs just 3MB and can use up to 70% less data. It comes with a data saver feature that when enabled, allows the app to load videos and images only.

The Philippines market has slow mobile networks and expensive data plans while mobile devices with limited storage are still very popular there. Twitter Lite helps to overcome these barriers to usage for Twitter in the Philippines.

Even though, the app is a lighter version of the main Twitter app, it has basic functions such as breaking news, sports scores and entertainment updates and options to view Timeline, Notifications, the Explore tab, Messages and to customise profile. It even lets you take polls.

People living in Philippines can download the Twitter Lite app here. Twitter Lite is now available on APKMirror, so you can try it outside of the Philippines. You can check it out here.