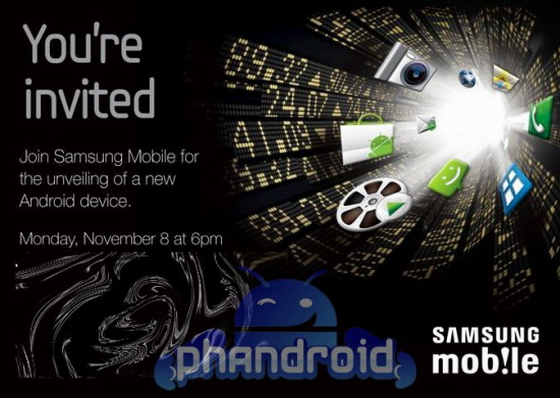 Samsung USA is sending out invitations to people, and they are inviting them to an event in New York on November 8th, where Samsung will launch a new Android powered device. Well, we don’t know it’s a tablet or a smartphone, but we can expect a smartphone because Samsung recently launched a tablet. May be the upcoming Samsung Android powered device is the first Android phone to come with Android 2.3 a.k.a Gingerbread. Well, we don’t have any words on the specs of the phone, may be Samsung is launching the rumored Galaxy S2. I know these 2 weeks will pass by like 2 years for Samsung and Android fans, so folks have patience and stay tuned with us. I hope the new device will rock like Samsung Galaxy S, or may be better. What do you think?