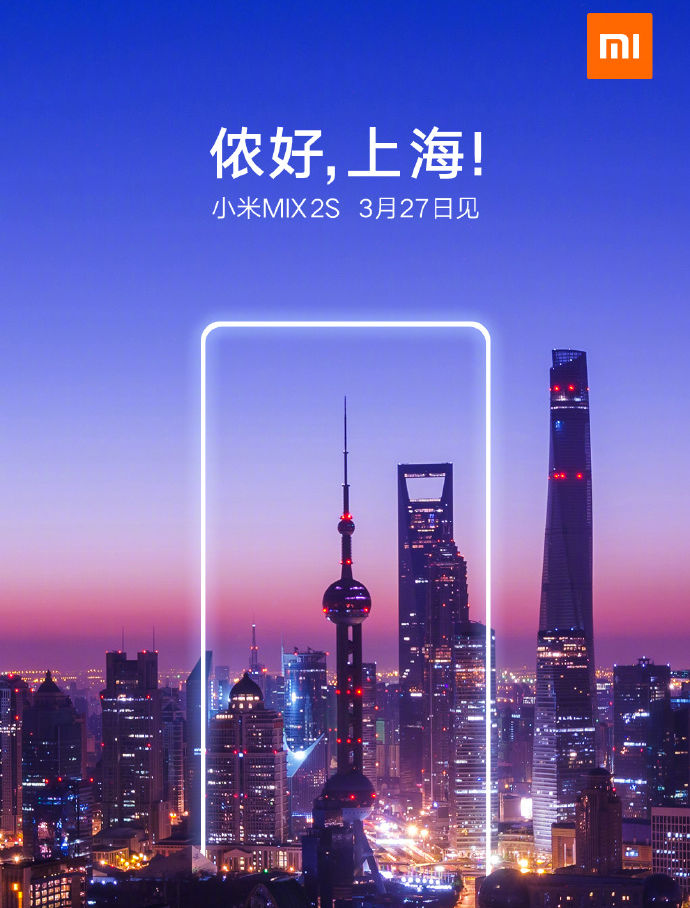 Update: Xiaomi today announced that the Mi MIX 2S announcement on March 27th will take place in Shanghai. This also marks the first time a Xiaomi launch event will be held in a Chinese city other than Beijing, said Xiaomi’s Senior VP Wang Xiang. 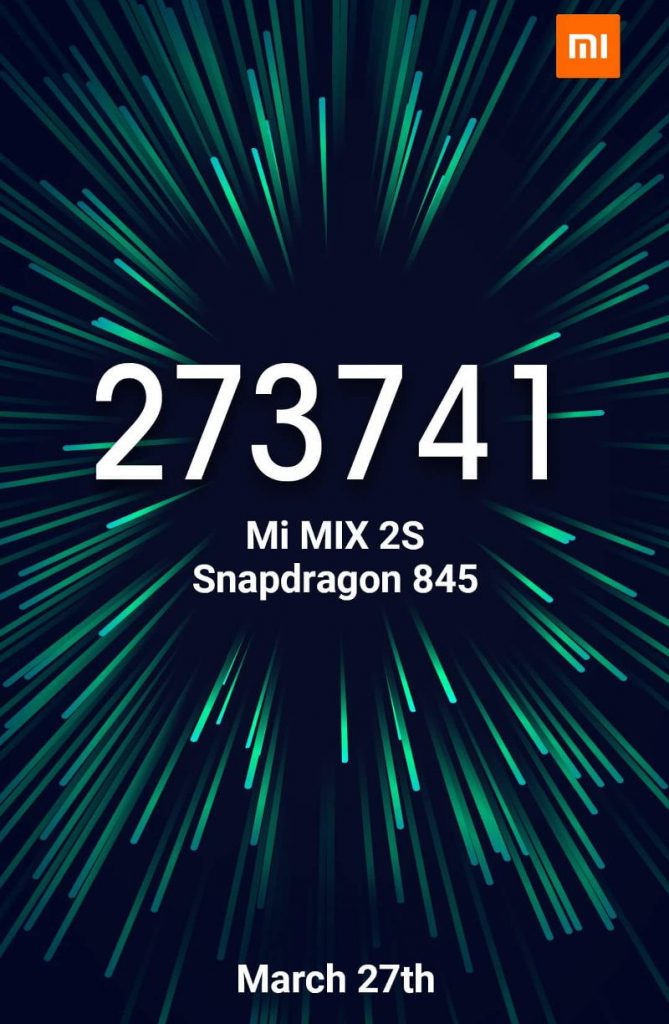 After several rumors, Xiaomi today confirmed that it will introduce it its next smartphone in the Mi MIX series dubbed as Mi MIX 2S powered by Snapdragon 845 in China on March 27th, putting an end to rumors that said the phone will be unveiled at the MWC next week. The company has also mentioned the AnTuTu benchmark score of the phone as 273741 on the invite, which is twice the score of the first Mi MIX that was powered by Snapdragon 821. 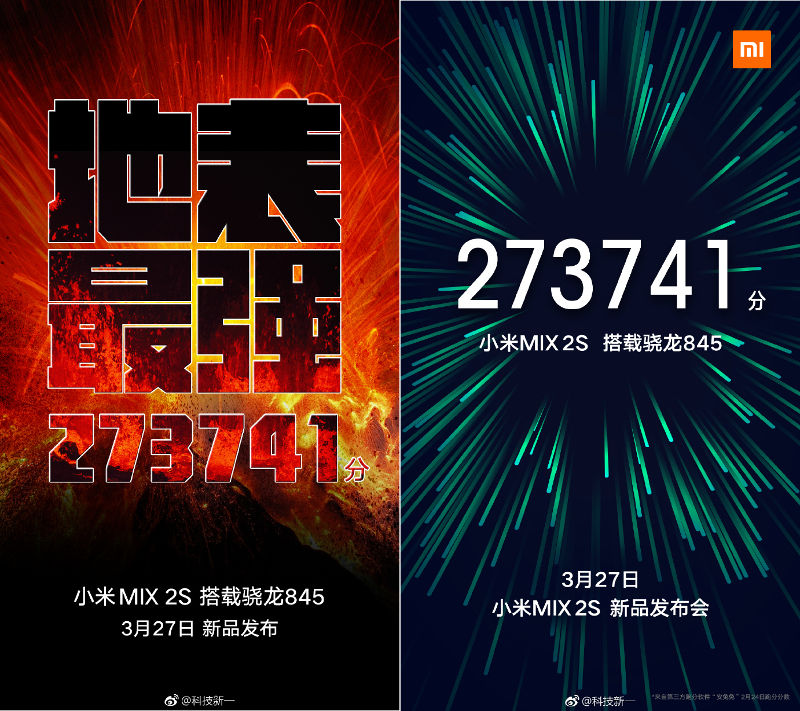 Earlier rumors pointed out it will have a same display as the predecessor, but with improved  95% screen-to-body ratio. It is said to pack 8GB RAM, run Android 8.0 (Oreo), feature Sony IMX363 camera sensor and some rumors also say that it will feature an Under-display fingerprint sensor. 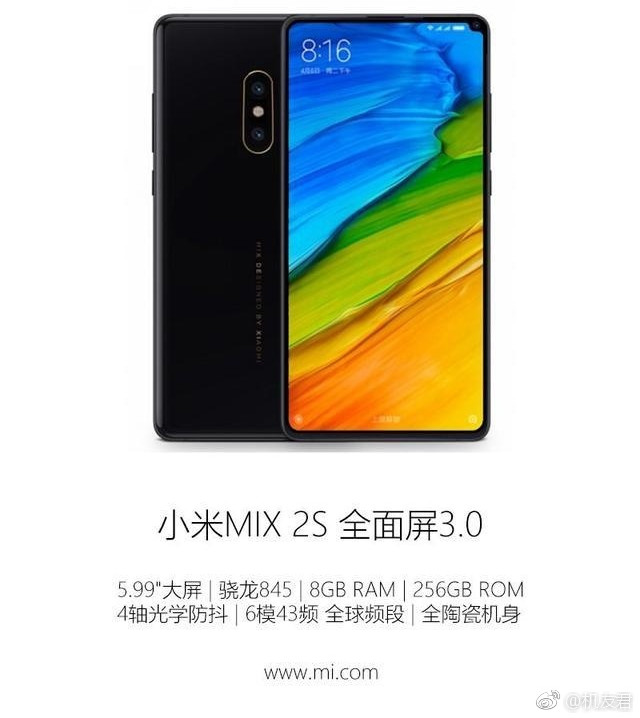 We will have to wait for a month to find out all the details, but Xiaomi will likely tease the design and features of the phone in the coming weeks.