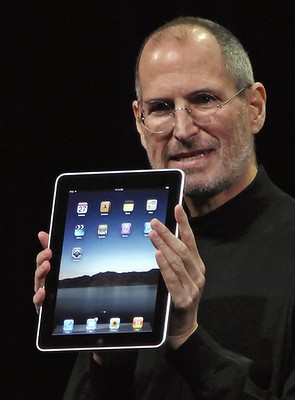 According to Digitimes, the new Apple iPad is coming out in Q1 2011. Apple touch panel suppliers  are saying that they are testing 9.7 inch panels and they are ultra-thin. Apple always refresh their product line after a year, 1st gen iPad was launched in April 2010, so you can expect the 2nd gen iPad in February or March 2011. iPad is Apple’s one of the most successful devices, and Apple has sold millions of iPad units. So what’s going to be new in the next-generation iPad? I think the next-gen iPad will include a camera, both front and rear. Because I know a lot of people who dropped the iPad because of  no camera. The new iPhone 4 comes with both front and rear camera, so does the new iPod Touch. So I think the new iPad will also feature two cameras. What else would be in there? One more thing came in my mind, AT&T is also launching LTE next year, so you can keep a LTE capable iPad in your mind… and iPhone too!

Tell us in the comments box what you want in the new iPad, and please don’t say you want Android in it, because this is also a wish of a lot of people.