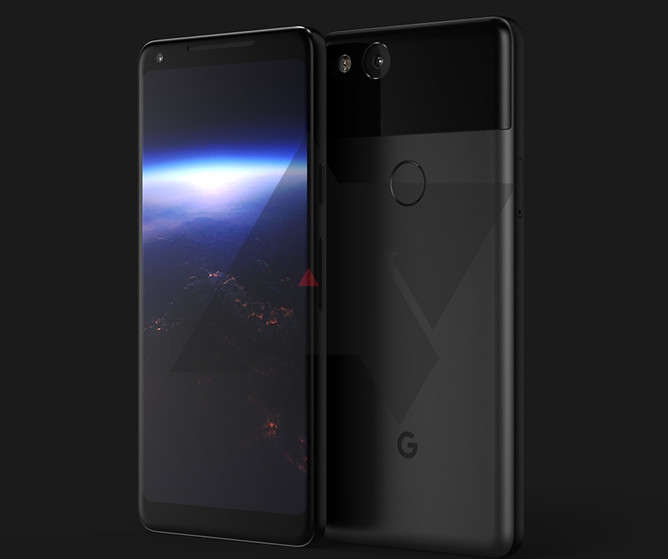 Details about the second-generation Pixel XL smartphone condenamed Taimen surfaced last month, and the specifications of the phone surfaced a few weeks back, now the first render of the new Pixel XL has surfaced, thanks to Android Police. This shows a large 6-inch LG-made AMOLED display on the front and rounded corners. Even though this looks like a curved display, the screen is flat, says the report.

On the back the glass window has been reduced, so the fingerprint sensor is outside the glass. There is also a Google logo on the bottom part of the back. The new Pixel XL will have a “squeezable” frame, similar to the HTC U11 so you can just squeeze the handset to interact. It is not clear if the large earpiece grille houses the speaker.

Earlier rumors revealed a 5.99-inch Quad HD AMOLED display, Snapdragon 835 Mobile Platform, 4GB RAM and 128GB of internal storage. The image shows a single camera and the phone is said to come with a 3.5mm audio jack as well.

The phone could be called the Pixel 2 XL or something different. The second-generation Pixel and Pixel XL smartphones are likely to be announced in October this year running Android 8.0 ‘O’.