In a major roadmap leak in the UK several unreleased devices such as the Nokie E7, HTC Gold, Acer, Vision, Samsung i8700 Cetus have been leaked. Even a Blackberry 9300 Curve has been spotted. 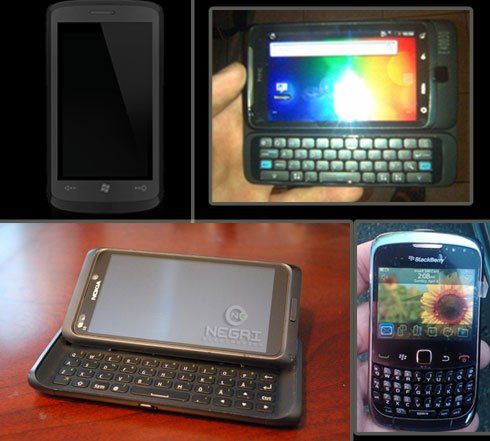 Speaking of Nokia the rumoured N9 / N8-01 could finally be released as a E7 as we told you before.  The E5 and X2 are expected to be released soon. The E7 will hit UK only in November.

The HTC Vision which is a Desire with a QWERTY might arrive in October.

HTC Gold might be the Mondrian and the first Windows Phone 7 Handset.  It is expected to arrive in November

Please Note that this is the information shared by the blog who claims its a reliable source but this might be a false report too. But we are already in July so we will know soon if it was a false alarm or real one !