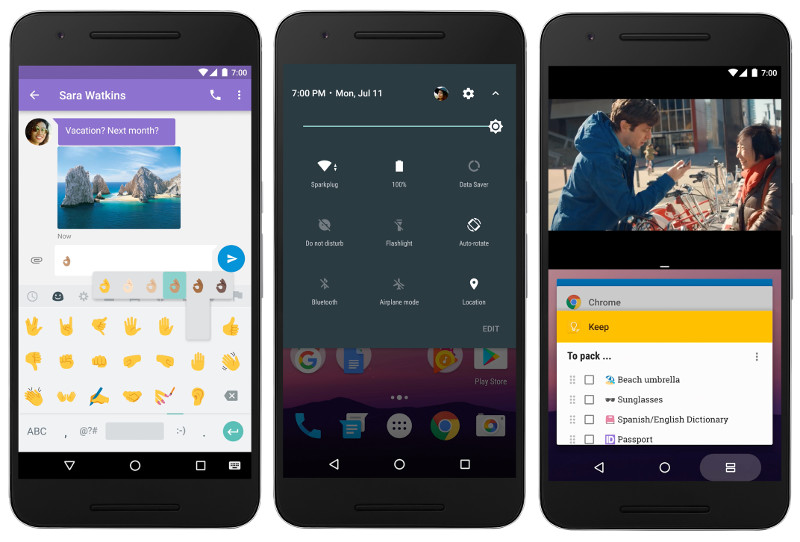 Android N was released as a preview for Nexus devices back in March, ahead of Google I/O. Google confirmed the name as Nougat at the end of June. It released the final Android 7.0 developer preview 5 last month.

Android 7.0 Nougat over-the-air (OTA) update will gradually roll out for Nexus 6, Nexus 5X, Nexus 6P, Nexus 9, Nexus Player, Pixel C and General Mobile 4G (Android One). It might take sometime to reach everyone. Those who have enrolled for Android Beta Program will also receive this final version. Factory images should be available in a few hours.

Google said that it will be releasing regular maintenance updates over the coming quarters. It has already started working on the first Nougat maintenance release, that will bring continued refinements and polish, and it will released this fall as a developer preview. LG already confirmed that its V20 will run Android 7.0 out of the box.