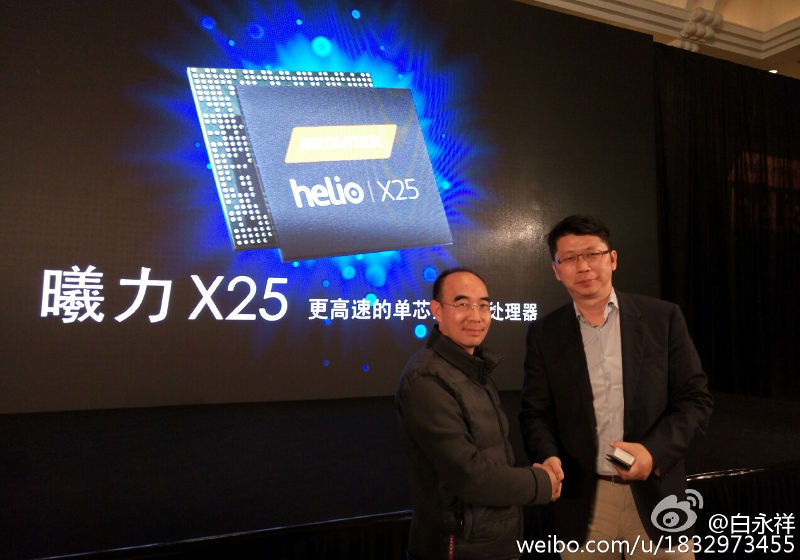 MediaTek today officially introduced its Deca-Core Helio X20 processor at an event in China. At the event Meizu CEO, Yongxiang BAI and MediaTek Vice President & Co-COO, Jeffrey Ju confirmed that the upcoming flagship Meizu PRO 6 smartphone will be exclusively powered by a Deca-Core Helio X25 processor. The smartphone was earlier rumored to be powered by Samsung Exynos 8870 SoC. 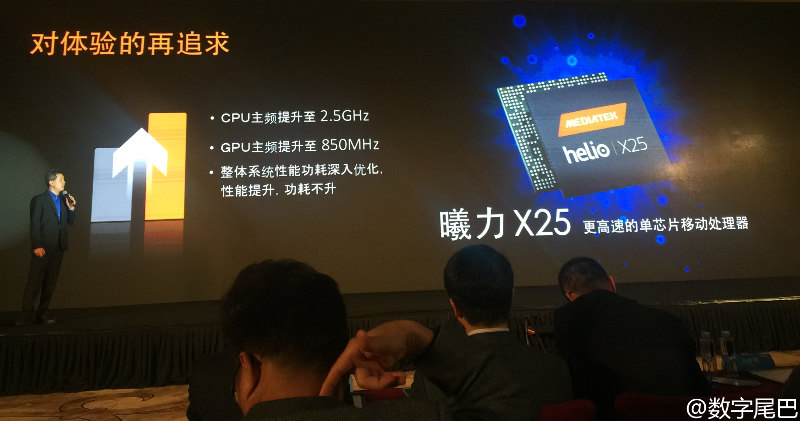 The Helio X25 will use similar architecture as the Helio X20 that includes 4 power efficient ARM Cortex A53 cores, another 4 Cortex A53 cores and 2 Cortex A72 performance cores, but the chip will be clocked at higher speeds of up to 2.5GHz and the Mali-T880MP4 GPU clock speed will also be increased up to 850MHz. Even though the clock speeds are higher, it will consume the same amount of power as the X20, according to MediaTek. 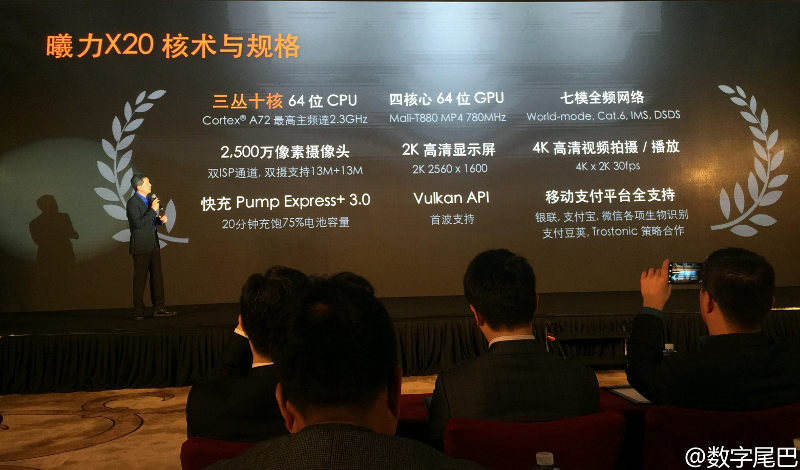 MediaTek already started shipping Helio X20 to OEMs and the ZOPO Speed 8 that was introduced at the MWC last month is the first smartphone to pack the SoC. The Helio X25 will be exclusive to Meizu PRO 6 for few months, but the official launch date of the smartphone is yet to be announced. The smartphone is also rumored to pack 6GB of RAM.