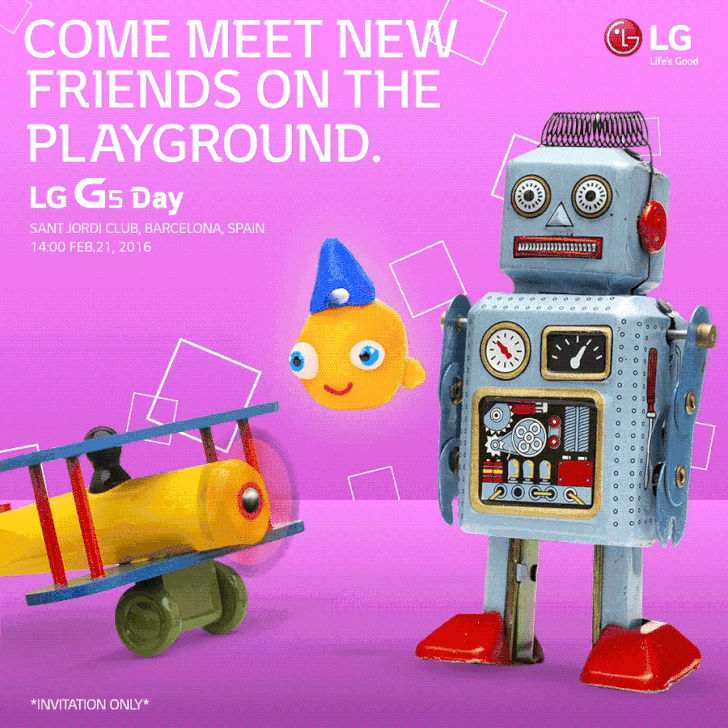 After the teaser last month, LG today sent out invites for announcement of its flagship G5 smartphone on February 21st, ahead of Mobile World Congress (MWC) 2015 in Barcelona, the same day Samsung has scheduled its Galaxy Unpacked 2016, where it will introduce the Galaxy S7 and S7 edge smartphones.

According to earlier rumors, the LG G5 is said to sport a 5.3-inch Quad HD screen along with a ticker display that was seen on the V10, Snapdragon 820 SoC and a “magic slot” that could enable some functional expansion using modules.